Sony’s God of War series is known for its boundless love of gore and violence featuring mythological beings. However, the 2018 entry for the PS4 handled things a bit differently. Developer Santa Monica Studio not only overhauled combat, level design, tactics, and abilities, but aimed for a more narrative experience overall.

Embark on Kratos’ deeply personal quest through the brutal Nordic realms when God of War (2018) comes to PC on January 14, 2022. Details: play.st/3C1GFVU

Embark on Kratos’ deeply personal quest through the brutal Nordic realms when God of War (2018) comes to PC on January 14, 2022. Details: play.st/3C1GFVU https://t.co/HEPfQ1ello

That said, there were bound to be clues and references at every level. From nods and older game foreshadowings to new lore banter and pop culture references, the developers of God of War (2018) packed in plenty of little details. Here are 10.

To note: There will be spoilers on the story and events of the game. This article is subjective and reflects the opinions of the author only.

In Norse mythology, Ratatoskr is a magical squirrel that travels through the world tree Yggdrasil. Its task is to transmit messages between Hræsvelgr the eagle and Nidhoggr the dragon which is under the roots of the trees. Here he can be summoned by Atreus to aid Kratos in battle. But first, players will need to unlock it.

Ratatoskr can be found in a chest at the top of the Light Elf Outpost. After claiming it, Atreus can summon the squirrel, which can drop rage or health stones in battle. Unlike other runic summons, he can also speak, often expressing his displeasure at being reduced to such a meaningless task. 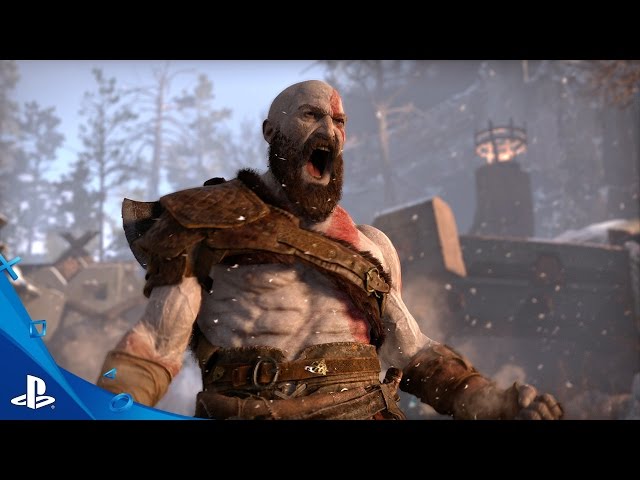 When God of War was originally unveiled at E3 2016, one of the gameplay segments featured Kratos and Atreus walking towards a bridge. However, they soon encounter two enemies, followed by a roaring troll that crumbles the bridge as it tears under the bridge.

Things play out differently in the retail game, with the troll not being encountered until later. However, when players approach the same spot and run over it, Atreus comments on how funny it would be if a monster was hiding underneath.

8) References to other mythologies 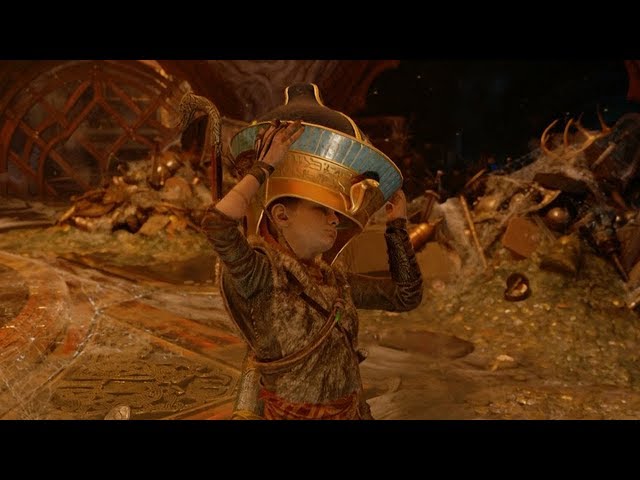 In Helheim, players can visit Odin’s Chamber. Here, players will encounter a cutscene with a panel with four symbols in each corner. Mimir’s talking head intervenes, saying that they are symbols of war from other lands. They each represent Egyptian, Celtic and Japanese iconography.

Maybe that’s a clue to what’s to come in the studio’s future for the series? It wouldn’t be unreasonable after the sudden change in dynamic that Santa Monica took with God of War (2018).

7) After the credits of the Thor cutscene

This one is quite easy to unlock. Once the scenario is complete, players can return home. Move to the bed, where players will have the option to sleep. This changes events years later with the threat of Ragnarok looming over our heads. Both Kratos and Atreus are awakened by a severe thunderstorm, and they are scrambled to find its source.

It is then revealed that a robed stranger is waiting for them outside the house. Upon Kratos’ investigation of his identity, he changes his attire to reveal a thunder-infused hammer at his side, the one and only Mjolnir, the legendary weapon wielded by Thor. With the upcoming God of War Ragnarok, fans expect to meet the Norse God of Thunder.

During the finale, players encounter a mural in Jotunheim that reveals Atreus’ identity as Loki, the God of Evil. Funnily enough, this same mural appears during Stranger’s boss fight, and it’s what Kratos slams Baldur into. However, it is partially obscured even when in view. This makes one wonder how he changed location.

On another related note, the Jotunheim murals also reveal a peculiar name: Farbauti. In Norse mythology, he is the father of Loki. Since Kratos is the father of Atreus (i.e. Loki), it’s not surprising. The fact that Faye calls Kratos Farbauti also makes sense. The word translates to “cruel attacker”, an apt description of Kratos’ brutal execution tactics.

After battling the Grendel of Ash and Frost in the Temple of Tyr, the father-son duo engage in pointless chatter. Kratos mentions that he is “beaten bigger”. It’s a throwback to Kratos’ old adventures which saw him defeat monsters almost as large as the world serpent Jormungandr. Atreus responds with “Heh, puny troll.”

This is a reference to The Avengers (2012) when Hulk knocks Loki down and comes back saying “Puny God”. A bit of a twist here as Loki is now making the reference.

In the original God of War on PS2, players battle Hydra, a huge, multi-headed Greek monster. Kratos has to enter his mouth and eventually encounters a boat captain about to fall and die. The ruthless protagonist lifts him up, only to grab the key around his neck, then pushes him into oblivion.

The poor boy has also been referenced in other God of War games, and in the 2018 PS4 game players can find a treasure map with his ruined ship.

Called the Shattered Gauntlet of Ages, this unique gear can be found by doing the Family Business quest. Once on the boat, players will be attacked by an enemy armed with a large sword. Defeating it will grant the aforementioned Epic Talisman. The description says:

“An ancient relic of Hel deemed too powerful to remain whole, fragments of its ancient strength are scattered across the realms.”

It can be inserted with enchantments to increase its power. However, six specific enchantments found throughout the game also reference Thanos’ six Infinity Stones. Placing three will allow Kratos to fire a flurry of missile-like projectiles that deal massive damage.

Do you remember Kratos’ quaint little house in the woods? If players inspect each of the four corners of the house, they can discover four Elder Futhark symbols inscribed. Together they spell LOKI – Atreus’ Jotnar name. His identity as the iconic god of mischief came as a surprise to many, so even if fans figured it out early on, the information might not mean much.

Read also
The article continues below

However, with God of War (2018) coming to an end, the new sequel is sure to take players on another gripping journey to stop the end of the world. Get ready for Fimbulwinter when God of War: Ragnarok comes to PS4 and PS5 later in 2022.